Essay on the influence of mood and Gender on Ethnicity

Mood varies significantly with respect to gender, ethnicity and maturation. Several physiological and psychosocial interactions are responsible for increasing the risks of negative mood changes because of suffering through cardiovascular diseases. The age of adolescence as the major stage where takes place characterization and development of profound psychological, social, and physical functions. This afterwards are accompanied and carried to the later stages of life. There are however some transformations relative to the circumstances, but the foundational characteristic changes remain the same. For example, an individual with an easy going mood relatively grow anger in later stages of life if he encounters a chronic health problem. However, other major factors that may be responsible for this difference is the variation between a person’s position. This difference principally lies because the strength of association among individuals belonging to different demographics and socio-economic factors changes. For example, the negative mood change is more consistent among individuals with low economic resources and unfavourable demographic factors.

The linkages between mood, emotions, and ethnicity are often neglected and form an area of further required research. Indeed, the mood expressions in relation to gender and culture require greater consideration. Yet, it is highly debatable as how the ethnic attributions and values effects mood responses and up to what extent the role of gender is pertinent to consider in correct attribution of the mood related responses with respect to different ethnic variables.

Investigations for the role of enculturation of emotions have conferred that the cultural differences are responsible for determining the impact of different variables upon one’s mood. Some of the factors can be taken into account pertinent to one’s ethnicity as appraisal factors which may function to determine the relative frequency for the incurrence and lasting of different mood types. These include the cultural factors which have a role in shaping emotional responses. It is suggested that the appraisal factors influences the response tendencies which interacts with the individual traits and determine the stimulation of moods in response to socialization practices. This, somehow, is related to the appearance of dispositional emotionality wherein the moods are typically generated by trait effects which shares cultural manifestations. Cultural influences are particularly more dominant upon ways individual perceives a situation. 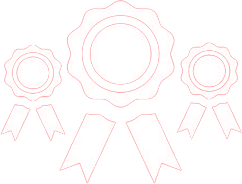 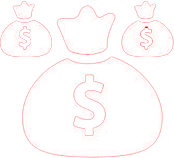